With only one week left until Marked for Death releases, I’d like to share a short excerpt with you! Marked for Death is a dark New Adult Urban Fantasy novel featuring demons, hunters, and hellhounds.

Keep reading for the excerpt and blurb. And don’t forget to enter the NEW RELEASE GIVEAWAY! 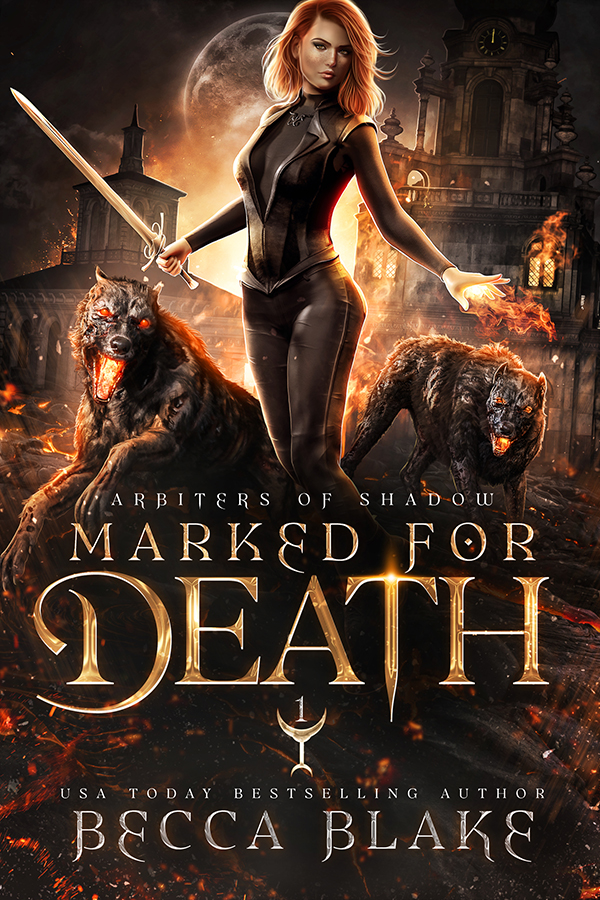 A bell rang over the intercom system as Councilman Thorne sat down, and the first trainee stepped into the now-silent gym. He carried himself with his broad shoulders squared and his chin held high. Black hair, shorter on the sides than on the top, fell lazily in his face, as though the only thing he’d bothered to do that morning was run his hand through it.

I elbowed Orion in the side. “That’s Jacob Thorne.”

Judging by the murmuring around us, I wasn’t the only one who noticed that the first recruit of the day was Marcus Thorne’s son.

From below the balcony where we sat, two men armed for battle rolled out a metal crate. A loud clattering sound echoed through the room as the thing inside the crate banged against its walls.

“Your trial this year is simple and straightforward, Mr. Thorne.” Councilman Thorne’s voice was cold and disinterested, as though he were speaking to a stranger rather than his own flesh and blood. “Defeat the creature inside this crate, and you will pass your evaluation. We on the Council wish you the best of luck.”

Jacob’s gaze shifted from the balcony to the crate, then back again. “Thank you, sir,” he said with a stiff nod.

Marcus folded his hands together and rested his chin on them. Tight lines formed on his face as he squeezed his eyes shut. When he opened them again, his stoic mask returned.

The metal of the crate groaned as the two men swung open the door and sprinted out of sight.

The crate faced away from the crowd, concealing whatever was inside. I hovered over my seat, craning my neck, but all I could see was Jacob Thorne frozen with terror. His hand rested on the hilt of the sword strapped to his back, but he didn’t move to free it from the sheath.

A low growl escaped from the crate, and as the lights dimmed, the orange glow from the enchantment rippled out across the shimmering wooden floor.

Jacob took several steps backward as a monstrous creature emerged. Its body was low to the ground, its strides slow and measured as it prowled toward him. The power built into every movement was a spring waiting to be released at a moment’s notice. Embers fell to the floor, which still shimmered with the protective enchantment.

The word darted across my consciousness like a shiver up my spine and transported me to the club in Omaha. Flames raged all around me. My throat burned in the air, thick with smoke, and I gasped for breath.

An arm wrapped around me, pulling me gently down. “Riley?”

My father’s voice, deep and soothing with all the comforts of my childhood, pulled me back to the present.

“You have got to be kidding me,” Orion muttered, looking out over the scene below. His features hardened and his posture straightened in a way I had only ever seen the few times I’d been in battle with him.

Evaluations were always challenging, but they were never dangerous. I remembered that point being stressed while I was in training. The training program had never even included encounters with real demons, let alone throwing them in as a surprise for our evaluations.

Everything about this was wrong.

On the floor below, Jacob Thorne took a few more steps back, then sprinted away, his sword still in its sheath.

As he ran, the hellhound’s prey instinct kicked into action. Jacob dove for cover behind the crate as the hound rushed after him. Too focused on its prey and not enough on its environment, it ran right into the side of the crate and shook its head, flinging more embers from its mouth.

Jacob collected himself and finally unsheathed his sword. A calm expression took over his face as he drew out his magical energy. When he came out from behind the crate, that magical energy tore through the air with enough force that the other observers and I could feel it brush over us like a breeze.

The hellhound stumbled and fell with what looked to be a successful sleep spell.

“Impressive,” Orion muttered beside me. “Those are pretty difficult.”

As soon as Jacob started moving toward the hound, he lost control of the spell. Fear, or some other emotion, must have taken hold and shattered his concentration.

The hellhound woke with an enraged snarl. In a single terrifying movement, it lunged at Jacob and pinned him down. He cried out in pain as the hound raked its claws across his shoulder. Blood leaked onto the floor, catching the reflection of the beast’s glowing eyes.

With his sword out of reach and the demonic creature atop him, Jacob Thorne would have no hope of surviving.

My gaze darted from Jacob to Orion, whose tense body hadn’t moved an inch since they released the hound. Beyond him, Marcus Thorne remained unwavering as a hellhound prepared to tear his son apart.

This guy was about to die, and no one, not even his father, was going to do a damn thing about it.

Before anyone could stop me, I leaped the eight-foot drop from the balcony and rolled into my momentum. Orion and my dad screamed for me to come back, but I ignored them.

I wouldn’t let someone die right in front of me when I could stop it. Not again. 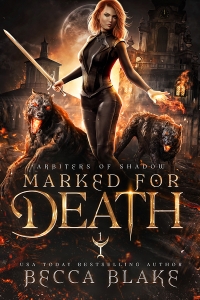 Demon hunter Riley Collins has discovered a dark secret… and she’ll have to give up everything to bring it to light.

Riley Collins swore an oath to the Arbiters of Shadow to carry on her family’s legacy of hunting demons. After a hellhound attack in Omaha ends in disaster, the Arbiters assign her a new partner: Jacob Thorne, the arrogant son of one of the highest ranking members of the Council.

Their first assignment together leads them to a demonic ritual that gives Riley and Jacob more questions than the Arbiters are willing to answer. By defying Marcus Thorne and the rest of the Council in her search for the truth, Riley uncovers a conspiracy that runs deep within the demon hunting organization.

Caught between her desire to do the right thing and her duty to the Arbiters, Riley has to make an impossible choice. Will she resign herself to a dark truth within the organization she’s pledged her life to, or will she become an Oathbreaker and spend the rest of her life running from death?

Fans of Supernatural, Jim Butcher, and Ilona Andrews will love the dark twists and turns of MARKED FOR DEATH, book one of the ARBITERS OF SHADOW urban fantasy series by USA Today bestselling author Becca Blake. 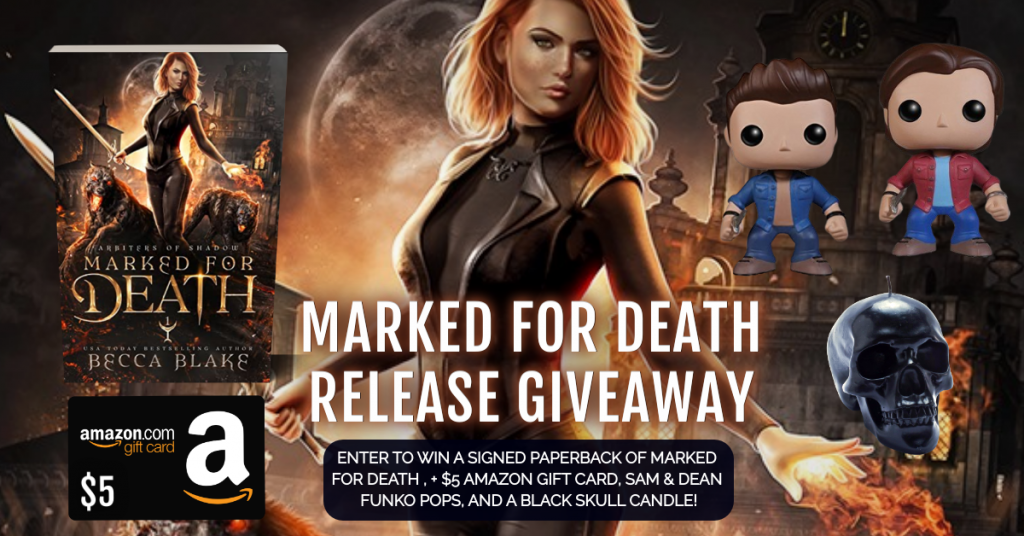